Dr. Reynolds received his medical degree from Case Western Reserve University School of Medicine in 1990. He completed his internship at Brockton Hospital and his residency and fellowship at Cambridge Hospital, both in Massachusetts. Dr. Reynolds is certified by the American Board of Psychiatry and Neurology in adult psychiatry, child and adolescent psychiatry, and addiction psychiatry. He has received numerous awards for excellence in care, achievement, and research.

Dr. Reynolds is married and a father of three. He has a strong spiritual view of life and respects all faith perspectives. 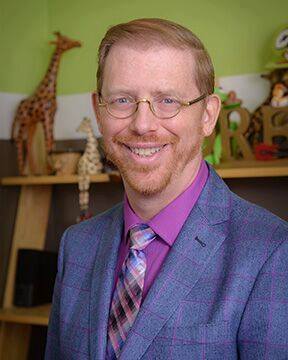 Certified by the American Board of Psychiatry & Neurology in:

• Transitional Internship through Boston University at the Brockton Hospital (1991)

• Transitional Internship through Boston University at the Brockton Hospital (1991)

• Psychiatrist Member, Stark County Board of Mental Health, 2003-2004.
• Psychiatric consultant to over ten schools, including two nursery schools
• Half-time funding for one year to study violence prevention in young children through storytelling
• Chief psychiatrist for two years in Methadone and outpatient polysubstance abuse clinic, North Charles Institue for the Addictions
• Psychiatrist for two years in one of the first HIV clinics in Boston
• Three years specialty training in groups which led to running several group therapies for children and adolescents
• Research assistant while in medical school on the immunogenetics of arthritis, which led to ten scientific publications
• Artistic Director for the HomeStrung puppeteers, a four-person puppet troupe which used over 100 puppets of various styles